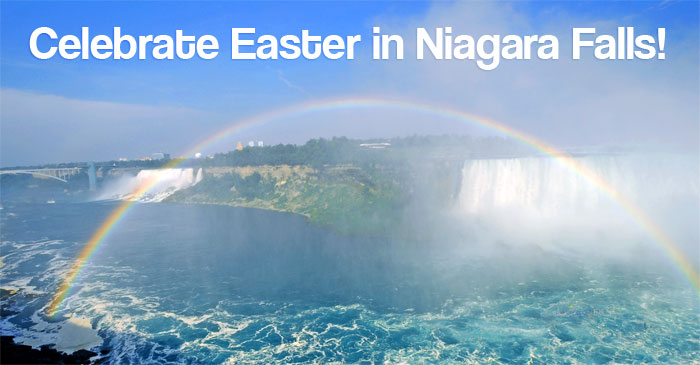 Cycling Our Way to the Niagara Falls in Canada

Last spring, Niagara Falls was one of the key stops on our Canada Road Map. My brother and I had admired that thunderous miracle of nature from the American side before, but this time we wanted the Canadian experience. So it was that we drove to Southern Ontario, to Niagara-on-the-Lake, a charming little town and 19th century village two-in-one. Do you have an inflatable world globe or at least a Canadian map at home? 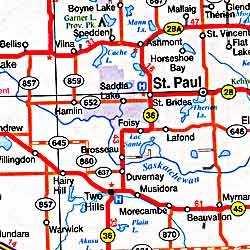 Look up on it the place where Lake Ontario is joined by the Niagara River — that’s exactly where we went, dropping our bags on our way at the Three Forty Gate, a cute, family-run inn.

We were in it for the wine, too, my bro especially. Niagara-on-the-Lake happens to be one of Canada’s wine centers, a wino’s paradise replete with wineries of all varieties, from the impressive Kozelmann Estate Winery, where for $5 we tasted a wide selection of fine wines in a gently beautiful natural setting with a picturesque lakefront view, to the more intimate family-run Rancourt Winery, where in a cozy indoor setting surrounded by bottles and casks we drank our first ice wine ever, a delicious specialty of dessert wine made from frozen grapes. If you love wine, you should try ice wine, too — you’ll love it!

The dazzling selection of Canadian wine got all of my brother’s attention, so much so that I had to literary drag him out into the open. ‘Nevermind the wine,’ I told him. ‘We’re here for the outdoors. Just think of that great Canada travel video we’ve seen before coming here!’ He cheered up right away. After depositing a nice stack of ice wine in the trunk of our car, we drove toward the entrance to the Niagara Parks Garden Trail. The blend of beautiful nature and fine architecture was spectacular. We passed wonderfully preserved houses from the 19th century, and lamp posts adorned with hanging flower baskets whose fragrance we enjoyed through our lowered windows. 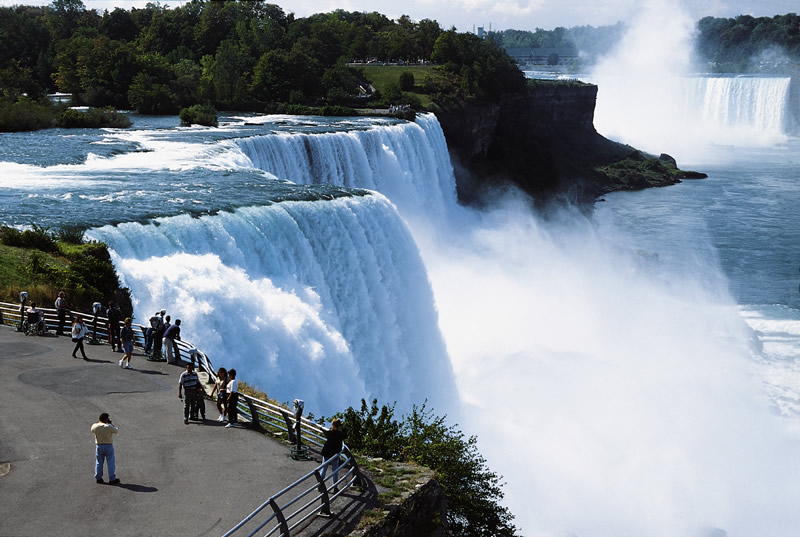 After reaching our destination, we got our bikes ready and cycled into the blooming scenery, plunging into the greenness tinged with brightly colored flowers. We drank greedily the fresh Canadian air and raced up paved paths, under the thick canopies of the trees that rushed past us. When our bellies began to grumble, we settled at one of the many picnic tables in the garden and unpacked the moose burgers we had bought in town, which we washed down with light Canadian beer. The break was short and we hopped back on our bikes, venturing deeper into the gardens, on paths that became increasingly narrower and more abrupt.

We didn’t stop until we heard the rushing of water. We knew then we had reached the Niagara Escarpment. The falls were close, and the rushing of water got louder and louder as we neared the further side of the escarpment. Leaving the last clumps of trees behind us, we emerged into the open and beheld in the near distance the glorious fall of water that to us, so near to it, sounded like the crying sky crashing over rocks and forest and earth. We gazed in silence at that wonder of nature. From my bro’s awed, happy face I could tell he had forgotten all about the ice wines. I cherished the moment, but I wanted to be even closer to the Niagara Falls. I couldn’t wait for the wet and crazy Whirlpool Jet Boat ride down the river I had booked for tomorrow, which I was sure would thrill the heck out of us.

Now I don’t know whether you’ve seen the Niagara Falls or not, but if you haven’t, you’ve missed one of the greatest wonders of nature. Try the Canadian experience, and make sure you have an up-to-date Canada Road Map with you!